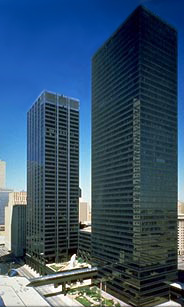 Mr. Willis has the distinction of being Board Certified in Personal Injury Trial Law by the Texas Board of Legal Specialization since 1988. This legal certification by the Texas Board of Legal Specialization identifies an attorney who has been recognized as having extensive knowledge and actual experience trying a prescribed number of personal injury cases to a jury verdict. In order to be Board Certified, Mr. Willis had to pass strict testing and qualification requirements to demonstrate his knowledge of the law of evidence, procedure and other areas of substantive law in the trial of civil cases. Less than 2% of all Texas attorneys have earned this important certification in Personal Injury Trial Law.

In 1997, Mr. Willis was involved in one of the nation's first Firestone ATX Radial Tread / Belt Separation and Ford Explorer rollover cases which occurred in Texas. A products liability lawsuit was filed in 1998 against Ford and Firestone due to the Ford Explorer going out of control and rolling after the back left Firestone ATX radial tire's tread came off. After a long battle with Ford and Firestone a very significant confidential settlement was reached by all parties. On July 17, 2001 Mr. Willis was recognized as one of a very select group of products liability attorneys in the nation and was awarded the prestigious Steven J. Sharp Public Service Award for his contributions in investigating and gathering evidence pertaining to tire belt separation and vehicle rollovers in Firestone Tire and Ford Explorer Cases. The efforts by these selected attorneys and others helped lead to the largest recall in U.S. history. This award was presented to Mr. Willis by the President of the Association of Trial Lawyers of America.

"My firm is committed to representing individuals and families who have been the victims of a wrongful death or serious personal injury. Although monetary compensation cannot heal the emotional and physical scars left as the result of a serious accident, it can help in many cases to relieve much of the economic stress and hardship associated with the injury or loss of a loved one. Many times it is the only means of support and future security for the injured individual and their family. Litigation may not bring back a loved one, or heal a serious injury, but it may serve to help prevent others from having to endure the same loss."